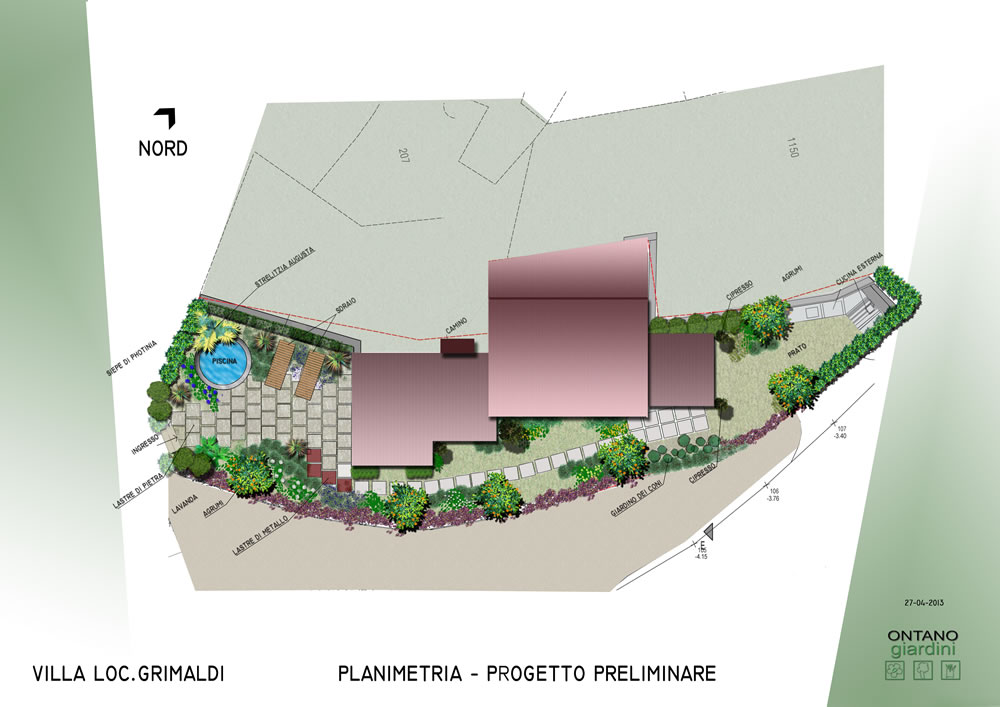 Design of a new private garden in a small villa situated in Mortola Superiore, over the hills facing the town of Ventimiglia on one side and the french border on the other

Small but full of details

This small garden is situated on the hills of the Mortola facing a dreamlike view of the french rivira and the famous 150 years old Hambury garden.

The garden develops horizontally facing the panoramic view on one side and the villa on the remaining 3 sides and is organized on a single level.

The client asked for a simple but at the same time flashy bush layer around whirlpool and colored flowers on the perimeter of the garden including on the west part of it a bbq area.

The design has been extremely precise in order to maximize the use of the small lot as requested by the client.

Very important has been the choice of the paving, complex and articulated shaped to facilitate the usability of the garden and at the same time leaving room for the lawn. In order to underline the importance of some parts of the paving some tiles have been covered in corten.

The vegetation underlines strongly the most important views of the garden hiding some peripheral areas and leaving the impression of a ”Terraced garden”.

The lighting system follows the style of the house design and landscape choices underlining the corten tiles giving the garden a beautiful night appearance maximizing the few important plants of the garden.